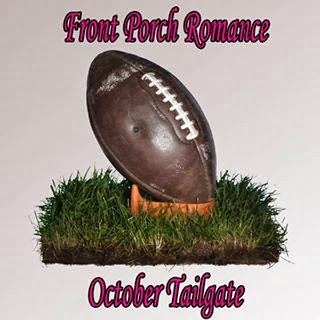 My publisher, Front Porch Romance, is having a Tailgate Blog Hop featuring their fabulous authors, including me. Please check out their blog for information on incredible giveaways!! My book, Charity's Heart, will be one of the prizes, so go to the Front Porch Romance Blog to enter!!

Charity Llewellyn, 19, looks forward to her wedding, but upon learning that her intended groom is Mathias Baptiste, the immoral son of a wealthy banker, she runs away from home to avoid the betrothal. Angry at her attempt, her father appoints a handsome and mysterious man, Alexander Sutton, as her constant chaperone.

Furious, Charity plots an escape with help from her friend Lillian, although that leads to involvement in an unsolved 20-year old murder and a shallow burial of human bones. As she tries to unravel the secrets of the old murder, she meets a frightening man who could be Jack the Ripper.

But that’s not her only obstacle. As she and Alexander grow closer, she learns a dark secret he’s been keeping and when Mathias finds them together, he’s overcome with rage and will stop at nothing to get her back, not even murder.


Here is just one of the reviews posted on Amazon:

Sofia Diana Gabel's opening lines to "Charity's Heart" grabbed me and kept me wanting to know more about Charity, her stifling life, her friends, her enemies, and life in 1880s London.
I cannot say enough positive comments about this novel and the author. I wished I could read it through in one sitting, but other components in life forced me to break it up in segments, to read when I knew my time would be interrupted.

Gabel's writing style is perfect for this type of romance novel. She writes with clarity, beautiful descriptions, correct tone, and she conveys her characters' emotions so well that the reader experiences the controlling nature, cruelty, intrigue, heartache, the up-and-down-adventuares, true friendships, and love right along with them. One -- one of many -- passages haunts me, yet is in a way, comforting: "When the clouds, parted, the scant moonlight revealed sadness in Alexander's eyes." I saw this, I felt this. The emotion came through perfectly in the overall description.

Gabel has 1880s London down pat: the societal structure, language, the current events, clothing, and character names. Indeed, this novel briefly reminded me of Anthony Trollope and his novels of British society.

Indeed, I felt I was right there with Charity, Lilian, Hiram, James, Alexander, et al, through good and bad. I did not feel like an intruder to this novel, but rather, an invisible participant.

What I most liked about "Charity's Heart" is how Gabel showed every emotion, every scene, every problem, every resolution with such beauty that the reader is left to form the picture in his/her mind; enough was left to the imagination to make this a truly lovely romance novel -- and the surprise ending was the piece de resistence! I smiled and was happy with that sparkling ending.

I highly recommend "Charity's Heart" by Sofia Diana Gabel. I have it set aside, ready for another reading this summer; but this time, I'm setting aside enough hours to read it through straight!
Posted by Unknown at 12:24 AM 1 comment: 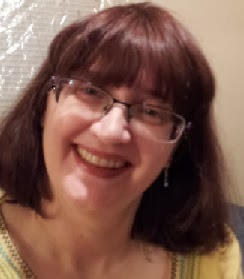